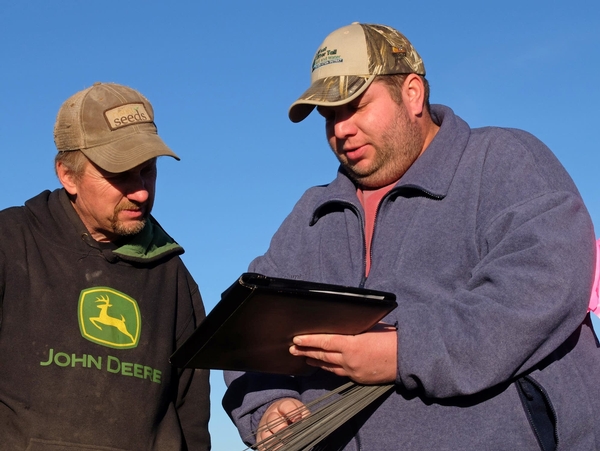 The end of harvest means the beginning of work to implement Minnesota's new buffer law, and Minnesota farmers remain divided over the initiative.

The law requires permanent vegetation strips to protect lakes and streams from farm field runoff. The deadline to comply is November of next year.

"Nobody likes to lose any acreage but on this case, I think it's for the benefit of the soil and the water," said Viger, standing in a recently harvested corn field.

One buffer next to a small, unnamed lake will cut 40 to 50 feet off the edge of one of Viger's fields.

Viger expects to lose about 15 of the 1,400 acres he farms to buffers.

But, he said, "if we don't do anything now, the waters will get polluted, and we're just trying to make the ground better, and the water better."

Viger figures the acres lost to buffers are about the same as the amount of crop Canada geese eat every year.

"The geese are real bad along in here and I'm hoping these buffer strips deter the geese too," he said.

Viger will enroll his buffers in the federal Conservation Reserve Program. He'll get a small payment each year from the federal government for not planting crops on the land.

This cornfield is one of more than 100 sites Soil and Water Conservation District crews hope to mark before snow covers the fields, and next spring will also be busy. Using aerial photos, they've identified about 1,100 parcels of land that are out of compliance with the new Minnesota buffer law.

West Otter Tail County Soil and Water Conservation District technician Aaron Larsen, right, shows farmer Don Viger an aerial photo of where a buffer strip needs to be planted on his farm. Crews are marking the buffers so farmers can plant vegetation in the spring to meet the November 2017 deadline. Dan Gunderson | MPR News

Those landowners have all received letters telling them where they need to add buffers. It's up to them to ask for help in measuring and marking the fields.

For Soil and Water Conservation District technician Aaron Larsen, it's important to check every field to make sure maps are accurate.

"Getting out in the field with these producers goes a long ways with them," Larsen said. "They can come in the office and be upset about the piece of paper. But a lot of times you change their mind when you come out here in the field and stake it off, because they're like 'Oh that's only as far out as you're coming,' and they can physically see that line."

On another Otter Tail county farm just a few miles away, Stan Overgaard is not asking for help. In fact, he challenges the whole idea of giving up farmland for state-mandated buffers.

"I don't know if it's right for government to simply to come in and take it," Overgaard said. "It just doesn't seem right to me."

Overgaard considers himself a conservationist. He uses university-recommended farming practices that reduce erosion and fertilizer runoff.

Farmer Stan Overgaard says he is not convinced his farmland pollutes this small Otter Tail Couty lake, and he disputes the need for a buffer to protect it. Dan Gunderson | MPR News

But he wants to see data that proves this lake is polluted.

"That's the troubling part to a lot of farmers. There's no science behind it," Overgaard said. "We've been brushed with a broad stroke. Saying we are all guilty."

The state has not assessed the condition of a lake by Overgaard's farm, but the local watershed district has it listed as a priority for conservation buffers.

"If somebody were to come out here, test the water and say, 'You know Overgaard, that water is high in phosphates.' And then if they would look at me and say, 'You did it'. Now I'm willing to work with you," said Overgaard.

Overgaard believes buffers on his farm will cost him thousands of dollars, because the farmland planted to buffers will have little resale value and he will lose crop production each year.

He doesn't want to enroll the land in the federal Conservation Reserve Program. He wonders if there are other options to reduce runoff that won't force him to take land out of production.